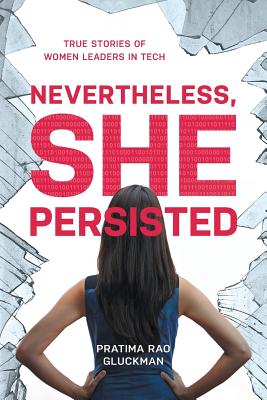 It is no secret that the technical world is a male-dominated space. From the cultural belief that Computer Science is a "subject for boys", to the assumptions and discrimination women experience in the field, it can be challenging for women at every stage to thrive in tech careers.

Nevertheless, some high-performing women persist and succeed as leaders in tech despite the gender biases pitted against them. Pratima Rao Gluckman-a female leader in tech herself-embarked on a project to collect stories of the leadership journeys of such women. She wanted to know the details of these women's stories, and how they accomplished their achievements. What influenced them during their childhoods? Who were their mentors? What successes and failures did they experience? What magical ingredients helped them thrive in a male-dominated industry?

These questions and more inspired Gluckman to interview nineteen women leaders in several levels of technology industry, including VPs, CEOs and directors, all of which are collected in this groundbreaking book, Nevertheless, She Persisted. Whether you are a young woman thinking of a career in software, a middle-career or executive woman, a parent, or a man curious about the role gender plays in tech, this book reveals the secrets, successes, and hidden struggles that women have endured to become both highly accomplished in their technical skills and effective senior leaders in their organizations. Their stories are illuminating, intended to inspire generations of women and help free our society from the limiting belief that ability is somehow linked to gender....