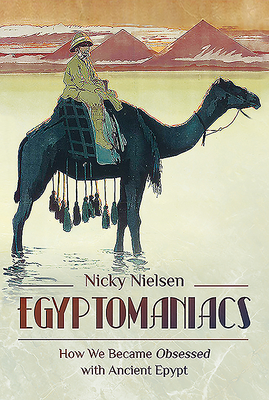 How We Became Obsessed with Ancient Epypt

Egyptomaniacs examines the popular view of Egypt as an exotic, esoteric, mystical culture obsessed with death and overflowing with mummies and pyramids but asks - is it at all accurate?

The Greek historian Hecataeus of Abdera declared during the 4th century BCE that the Egyptian civilization was unsurpassed in the arts and in good governance, surpassing even that of the Greeks. During the Renaissance, several ecclesiastical nobles, including the Borgia Pope Alexander VI claimed their descent from the Egyptian god Osiris. In the 1920s, the discovery of Tutankhamun's tomb in the Valley of the Kings prompted one of the first true media frenzies in history. For thousands of years, the Pharaonic culture has been a source of almost endless fascination and obsession. But to what extent is the popular view of ancient Egypt at all accurate?

In Egyptomaniacs: How We Became Obsessed With Ancient Egypt, Egyptologist Dr Nicky Nielsen examines the popular view of Egypt as an exotic, esoteric, mystical culture obsessed with death and overflowing with mummies and pyramids. The book traces our obsession with ancient Egypt throughout history and methodically investigates, explains and strips away some of the most popular misconceptions about the Pharaohs and their civilization.