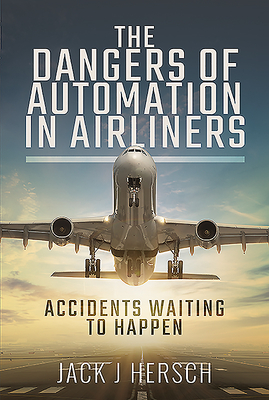 The Dangers of Automation in Airliners

A highly contemporary and relevant examination of the subject in light of recent events surrounding the Boeing 737 MAX.

Automation in aviation can be a lifesaver, expertly guiding a plane and its passengers through stormy weather to a safe landing. Or it can be a murderer, crashing an aircraft and killing all on board in the mistaken belief that it is doing the right thing.

Lawrence Sperry invented the autopilot just ten years after the Wright brothers' first flight in 1903. But progress was slow for the next three decades. Then came the end of the Second World War and the jet age. That's when the real trouble began.

Aviation automation has been pushed to its limits, with pilots increasingly relying on it. Autopilot, autothrottle, autoland, flight management systems, air data systems, inertial guidance systems. All these systems are only as good as their inputs which, incredibly, can go rogue. Even the automation itself is subject to unpredictable failure. Can automation account for every possible eventuality?

And what of the pilots? They began flight training with their hands on the throttle and yoke, and feet on the rudder pedals. Then they reached the pinnacle of their careers - airline pilot - and suddenly they were going hours without touching the controls other than for a few minutes on takeoff and landing. Are their skills eroding? Is their training sufficient to meet the demands of today's planes?

The Dangers of Automation in Airliners delves deeply into these questions. You'll be in the cockpits of the two doomed Boeing 737 MAXs, the Airbus A330 lost over the South Atlantic, and the Bombardier Q400 that stalled over Buffalo. You'll discover exactly why a Boeing 777 smacked into a seawall, missing the runway on a beautiful summer morning. And you'll watch pilots battling - sometimes winning and sometimes not - against automation run amok. This book also investigates the human factors at work. You'll learn why pilots might overlook warnings or ignore cockpit alarms. You'll observe automation failing to alert aircrews of what they crucially need to know while fighting to save their planes and their passengers.

The future of safe air travel depends on automation. This book tells its story.