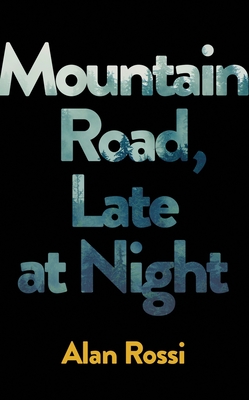 Nicholas and his wife April live in a remote cabin in the Blue Ridge Mountains with their four-year-old son, Jack. They keep their families at a distance, rejecting what their loved ones think of as "normal." In the early hours of a Wednesday morning, they are driving home from a party when their car crashes on a deserted road and they are killed. As the couple's grieving relatives descend on the family home, they are forced to decide who will care for the child Nicholas and April left behind. Nicholas's brother, Nathaniel, and his wife Stephanie feel entirely unready to be parents, but his mother and father have issues of their own. And April’s mother, Tammy, is driving across the country to claim her grandson. Experiencing a few traumatic days in the minds of each family member, Alan Rossi's Mountain Road, Late at Night is a taut, nuanced, and breathtaking look at what we do when everything goes wrong, and the frightening fact that life carries on, regardless. It is a gripping, affecting, and extremely accomplished debut.

Alan Rossi is a writer whose work has appeared in Granta, the Atlantic, Missouri Review, Conjunctions, Agni, and Ninth Letter. His novella Did You Really Just Say That To Me? was awarded the third annual New England Review Award for Emerging Writers, and he was the New England Review/Bread Loaf Scholar for 2017. He is also the recipient of a Pushcart Prize for his story "Unmoving Like a Mighty River Stilled," and an O. Henry Prize for "The Buddhist." He lives in South Carolina.
Loading...
or support indie stores by buying on