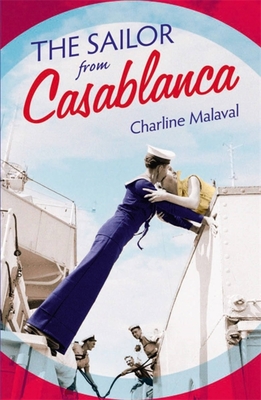 The Sailor from Casablanca

A spellbinding story of love and betrayal for fans of Santa Montefiore, Fiona Valpy's The Beekeeper's Promise and Dinah Jefferies. Perfect for book clubs!

***Shortlisted for the Filigranes Prize***
***RATED 5 STARS BY REAL READERS***

"A story full of mysteries and romance, set against the sumptuous backdrop of Casablanca." -5* Amazon review

"A novel full of warmth, emotions and exoticism." -Le Populaire


Tall, brilliant and ambitious, eighteen-year-old sailor Guillaume has the world at his feet when he steps onto the shores of Casablanca in April 1940. But his dreams of travelling the world are cut short when he dies in a warship explosion in the harbour of Casablanca.

Sixty-five years later in 2005, as Loubna fights to open a cinema in the bustling harbourside city, the young woman discovers the mystery of the sailor from Casablanca . . . and a suitcase full of her grandfather Guillaume's love letters. But could it be that the boy everyone has supposed dead for over half a century is still alive?

And if so - did he run away with one of his countless girlfriends all these years ago?

As Loubna searches for answers, she finds herself swept up in an epic story of love, passion, intrigue and betrayal, set in the enchantingly glamorous heart of Golden Age Casablanca.

Charline Malaval was born in Limoges in 1984, and grew up in Corrèze, south-western France. Having worked in Brazil, Mauritius, Bulgaria and Vanuatu, she now teaches at the French Lycée in Riga. The Sailor from Casablanca is her first novel.
or support indie stores by buying on