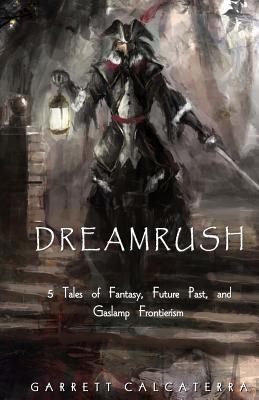 5 Tales of Fantasy, Future Past, and Gaslamp Frontierism

From the author of The Dreamwielder Chronicles comes 5 tales of fantasy, future past, and gaslamp frontierism, including... "The Knight's Dog" - The gritty fantasy that's been read over 80k times and is oft compared to The Game of Thrones. "Page Fault" - A thrilling mashup of cyberpunk, fantasy, noir, and post-apocalyptic fiction. "Deus ex Aurum" and "Gold Comes Out" - Groundbreaking tales of gaslamp frontierism, set during the California gold rush. "Wulfram" - The prequel to Dreamwielder, chronicling the story of the mysterious sorcerer Wulfram.

Garrett Calcaterra is author of The Dreamwielder Chronicles and other works of dark speculative fiction.
Loading...
or support indie stores by buying on