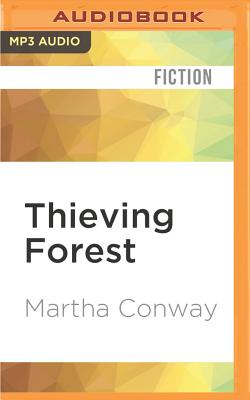 On a humid day in June 1806, on the edge of Ohio's Great Black Swamp, 17-year-old Susanna Quiner watches from behind a maple tree as a band of Potawatomi Indians kidnaps her four older sisters from their cabin. With both her parents dead and all the other settlers out in their fields, Susanna makes the rash decision to pursue them herself. What follows is a young woman's quest to find her sisters and the parallel story of her sisters' new lives. One sister is left for dead, and two others are traded to a band of Wyandots for the price of a horse.

Susanna spends the next five months searching for them, unaware that the man who loves her, Seth Spendlove, is also in pursuit. Part Potawatomi himself, Seth unwittingly sets off on his own quest to reclaim his heritage. He allies himself with a Potawatomi named Koman, and together they canoe through the Great Black Swamp and into enemy territory looking for Susanna. Surviving snake bite, near starvation, and captivity, Susanna transforms herself from the perennial younger sister to a capable young woman determined to find her family. Thieving Forest is a riveting novel that demonstrates the true wildness of the wilderness and the rugged perseverance of those who find themselves there.