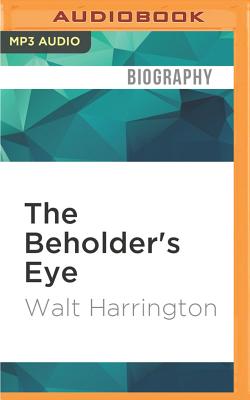 Great journalists, at one time or another, have all been characters in their own stories: people with personalities that shaped what they saw and reported and were touched and changed by the experiences about which they wrote, and innovators who borrowed the storytelling techniques of fiction. The Beholder's Eye showcases the very best of an increasing trend toward personal narrative: Mike Sager stalking Marlon Brando in the Tahitian jungle; J. R. Moehringer's quest to discover the true identity of an old boxer; Bill Plaschke's story about a woman with cerebral palsy who runs an obscure Los Angeles Dodgers website; Scott Anderson's story of his lifetime of covering war after war; Harrington's own tale of his interracial family's struggle to persevere; and many others. Written by reporters who were willing to reveal themselves in order to bring listeners insights that were deeper than supposedly objective third-person stories, their articles are an invaluable resource for aspiring journalists, students, and teachers of the craft of writing and any listener with an appreciation for masterful storytelling.