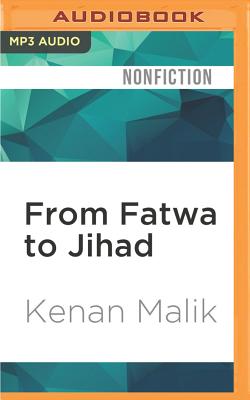 From Fatwa to Jihad

The Rushdie Affair and Its Legacy

Twenty years ago, the image of burning copies of Salman Rushdie's The Satanic Verses held aloft by thousand-strong mobs of protestors became an internationally familiar symbol of anger and offence. Kenan Malik examines how the Rushdie affair transformed the debate worldwide on multiculturalism, tolerance, and free speech, helped fuel the rise of radical Islam and pointed the way to the horrors of 9/11 and 7/7.

"Malik's big idea is that multiculturalism - by which he means organised ethnic interest groups - has led to a culture of grievance which renders 'secular and progressive arguments less sayable.' The word 'multiculturalism' stirs outrage as reliably as stories about straight bananas in Europe. The fact that an investigation into its history ends with the Birmingham Chinese Society should give us pause for thought. One legacy of the Rushdie affair is that it has revived debate over the future of multi-ethnic, multi-faith states. Those who believe that pluralist nations end in disaster do not need straw men like 'multiculti' to disguise their views. Why allow them to duck the debate so easily?"
--Nicholas Blincoe, Daily Telegraph