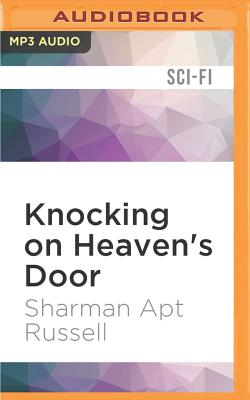 On a hotter and more volatile Earth in the 23rd century, humans like Clare and Jon live in utopia, hunting and gathering in small tribal bands, engaged in daily art and ritual, reunited with old friends like the shaggy mammoth and giant ground sloth. Even better, they still have solar-powered laptops and can communicate with each other around the world.

The understanding of physics has also advanced. When scientists first cloned extinct species from the Pleistocene, they discovered that many of them were telepathic - that consciousness travels in waves. For most people, animism has become the preferred religion, a panpsychism compatible with the laws of a fractal holographic universe. As Clare tells one of her students, the return to an older, Paleolithic lifestyle is "one of humanity's greatest achievements."

It's too bad that utopia had to come at such a cost: a genetically engineered supervirus that wiped out most of Earth's human population. Humanity was shaken by that event and vowed to change. Now, on the 150th anniversary of that catastrophe, a small group of men and women - as well as a smarter-than-average dire wolf and saber-toothed cat - are suddenly faced with decisions in which the stakes are higher than ever before. Will Earth repeat the cycle of unbridled hubris? Or is humanity's destiny even stranger than that?