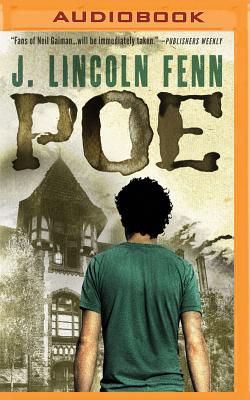 It's Halloween, and life is grim for twenty-three-year-old Dimitri Petrov. It's the one-year anniversary of his parents' deaths, he's stuck on page one thousand of his Rasputin zombie novel, and he makes his living writing obituaries.

But things turn from bleak to terrifying when Dimitri gets a last-minute assignment to cover a's ance at the reputedly haunted Aspinwall Mansion.

There, Dimitri meets Lisa, a punk-rock drummer he falls hard for. But just as he's about to ask her out, he unwittingly unleashes malevolent forces, throwing him into a deadly mystery. When Dimitri wakes up, he is in the morgue--icy cold and haunted by a cryptic warning given by a tantalizing female spirit.

As town residents begin to turn up gruesomely murdered, Dimitri must play detective in his own story and unravel the connections among his family, the Aspinwall Mansion, the female spirit, and the secrets held in a pair of crumbling antiquarian books. If he doesn't, it's quite possible Lisa will be the next victim.