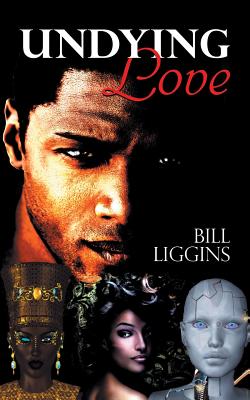 Everlasting life. Many want it. Others don't, believing it's a curse. Either way, Malchides is the only one who has it. He doesn't know why, but he just can't die.

Malchides, who has been known by many names, has been alive from the beginning of human history. His legend has spawned religions. His deeds have destroyed armies. He has affected people and nations worldwide, setting the course of cultural evolution even beyond Earth. Now as fate leads him into encounters with three women--Candace Amanirenas of Nubia, Tamara Jennings of Florida, and Sage Kolene of Tau Ceti Epsilon-Basalt--separated by thousands of years of time, Malchides learns the value of unconditional love, even as his obsession with dying grows. But will the Universal Consciousness grant him the gift he has always desired or will he remain a tortured soul forever.

Undying Love tells the tale of a man's fascinating journey through thousands of years as he meets three extraordinary women and attempts to release himself from everlasting life.