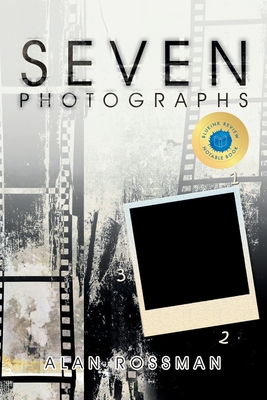 Wilson Lacy is fast becoming an old man. After a prosperous time as a scientist, teacher, husband, and father, he is now adrift and alone in a shadow-filled house with only his ghosts and memories as companions. Wilson Lacy is beset by a particular kind of sadness, the kind that always grows worse with the onset of winter. This year, as the fiery autumnal colors drain from the trees and his world becomes dipped in a tincture of gray, Wilson hunkers down, preparing for the worst-but then, something changes. On a glorious day in mid-October, when winter is nothing more than a rumor whispering in the cooling breeze, Owen Conway arrives in Wilson's garage. Through the magic of chance and small town happenstance, Wilson discovers he is not as alone as he thought. During the interminable season that follows, these two friends embark on a trajectory of hope that exposes the sublime story of their lives. Seven Photographs is the saga of a friendship that forms between devastated people. It is a reminder of the combustible force packed into life's smallest moments-the moments that fracture the orderly sequence of things, the moments we never forget.

Before starting on this project, Alan Rossman was a teacher. He has a Ph.D. from Northwestern University, three children, a beautiful wife, mounds of dusty photographs, and a garage full of old time machines. He lives in a neighborhood just north of the city where the Cubs play ball.
Loading...
or support indie stores by buying on