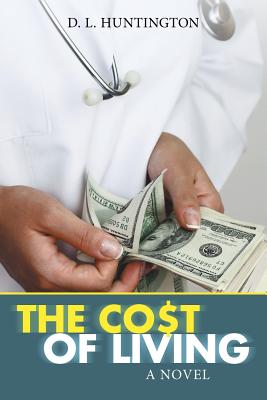 The Cost of Living (Paperback)

Rhonda Wells is a liberal journalist who has just graduated from college. Despite being the daughter of a prominent surgeon and his affluent wife, Rhonda holds a distain for the rich, displays a big chip on her shoulder, and has the tenacity of a pit bull. Now she is headed to New York to work for a small publication while writing under the pen name, Rhonda Rhodes. But little does she know that soon, her life is going to forever change with one assignment. When Rhonda is assigned to cover the plight of the homeless, she unwittingly uncovers a secret cult society whose diabolical mission is to elevate and sanctify the elite of the world, even if it means sacrificing the dregs of humanity. After the cult members join forces with the powerful underworld, corrupt politicians, and unscrupulous physicians to achieve their common goal, Rhonda uncovers evidence that places her life in jeopardy. Things go from bad to worse when her liberal personality clashes with that a hard-core conservative police captain. Will she find a way to save the homeless from the immoral work of the devil, before it is too late? The Cost of Living is the thrilling tale of a young journalist's escapades after she uncovers a diabolical cult society intent on carrying out an evil plan.

D. L. Huntington is an ordained pastor, chaplain, and certified life coach whose passion is mentoring young men re-entering society from jail as well as helping the homeless community. He and his wife, Susan, have three adult children, nine grandchildren, and reside on Florida's Gulf Coast. The Cost of Living is his debut novel.
or
Buy Here
Copyright © 2020 American Booksellers Association