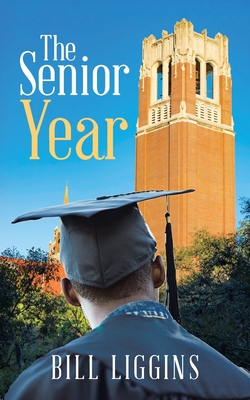 At a predominantly white university, four black men form the core of a community of strength and support that is envied by others. Through their first three years at Gulf Atlantic University, Tommy Sims, Mitch Erickson, Pepper Ashton, and Carl Dorset had built up networks of allies, making each of them resistant to the challenges thrown at them by this enormous university. With only THE SENIOR YEAR remaining in their campus lives, the young men team up to maintain their powerful sense of self and, for one more year, fight off the distractions and troubles threatening their goals. With its moments of triumph, wisps of reminiscence and underlying anxiety, THE SENIOR YEAR is the culmination of these student's first nervous steps into the real world. Tragically, one of them won't make it to their graduation day.

BILL LIGGINS is a graduate of Cleveland State University with degrees in Geology and Communications. He is an award-winning writer with five other novels on the market: TABLE OF THE SUN, I NEED; I WANT, UNDYING LOVE, NOVA CHASERS, and WARNING. He is a native of Cleveland, Ohio, and a current resident of Tampa, Florida, with his wife. He was also a TV sportscaster, actor, and a documentary film producer with two regional EMMY nominations, two national CableACE awards, and two Associated Press Awards to his credit.
Loading...
or support indie stores by buying on