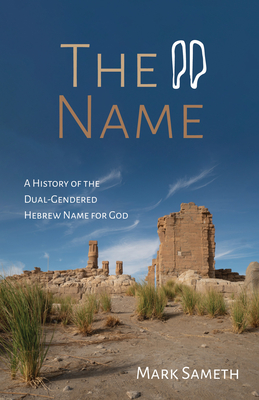 The God of ancient Israel--universally referred to in the masculine today--was understood by its earliest worshipers to be a dual-gendered, male-female deity. So argues Mark Sameth in The Name. Needless to say, this is no small claim. Half the people on the planet are followers of one of the three Abrahamic religions--Judaism, Christianity, and Islam--each of which has roots in the ancient cult that worshiped this deity. The author's evidence, however, is compelling and his case meticulously constructed. The Hebrew name of God--YHWH--has not been uttered in public for over two thousand years. Some thought the lost pronunciation was ""Jehovah"" or ""Yahweh."" But Sameth traces the name to the late Bronze Age and argues that it was expressed Hu-Hi--Hebrew for ""He-She."" Among Jewish mystics, we learn, this has long been an open secret. What are the implications for us today if ""he"" was not God?

Named "one of America's most inspiring rabbis" by the Forward (inaugural list, 2013), Mark Sameth is featured in Jennifer Berne and R. O. Blechman's God: 48 Famous and Fascinating Minds Talk about God (2017). His essays appear in books and periodicals, including CCAR Journal, Journal of Jewish Education, Reform Judaism, and the New York Times ("Is God Transgender?," August 12, 2016).
Loading...
or support indie stores by buying on