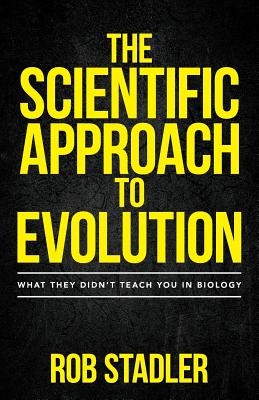 The Scientific Approach to Evolution

What They Didn't Teach You in Biology

For more than 150 years, continuous debate has swirled around the topic of evolution. From Darwin to Dawkins, extensive scientific evidence has been presented for evolution, yet almost half of contemporary society still isn't convinced. The Scientific Approach to Evolution provides a rational new perspective on this debate. Scientific evidence is not all created equally. Some forms of evidence provide only low confidence, while other forms of evidence provide high confidence. Rob Stadler describes a compelling approach to determine the level of confidence and applies it to the commonly cited evidence for evolution. When high-confidence evidence is appropriately prioritized over low-confidence evidence, the result is a profound new view of evolution-one that they did not teach you in biology.