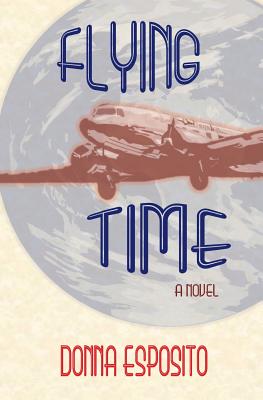 Back home after her first year of college, Clare Carlyle longs for more excitement than her summer job at the library can provide, but all that is about to change. After discovering a curious World War II memento at a local flea market, Clare suddenly finds herself on a time-twisting adventure that takes her back to the era when the young men and women of the Greatest Generation held the very future of mankind in their hands. Striving to fit in and do her part, Clare's courage is tested as she experiences life during World War II firsthand, from the home front to the front lines. Clare's globe-spanning journey takes her from neighborhood USO dances and New York's famed Stage Door Canteen to entertaining the troops in the South Pacific. As she fulfills her destiny, Clare learns lessons of friendship, love, and loss that no history book could ever teach.

Donna Esposito grew up in Bucks County, Pennsylvania, not far from the homes of James A. Michener, Margaret Mead, Pearl S. Buck, and Oscar Hammerstein II. She earned an undergraduate degree in molecular biology from Lehigh University (where she hosted "Sunday Swing" on the campus radio station, WLVR) and a doctoral degree in genetics from Cornell University (where she enjoyed learning to jitterbug and Lindy Hop when she wasn't in the laboratory). Donna resides near Schenectady, New York with her two cats. Although a scientist by training, Donna's interest in World War II stems from seeing a local production of the Rodgers and Hammerstein musical South Pacific when she was nine years old. Since then, she has had an avid interest in all aspects of World War II history and popular culture of the 1940s. She counts flights in a Douglas SBD Dauntless dive bomber, Boeing B-17 Flying Fortress, and a North American AT-6 Texan trainer as the biggest thrills of her life, so far. Donna volunteers at the Empire State Aerosciences Museum in Glenville, NY. Flying Time is Donna's first novel. She is currently working on other fiction and nonfiction projects.
Loading...
or support indie stores by buying on