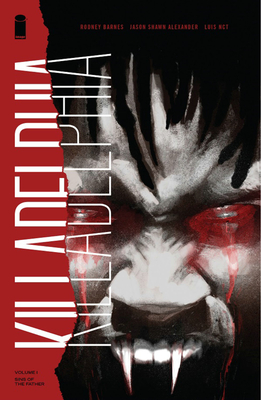 Sins of the Father

Featuring the show-stopping talents of Spawn series artist JASON SHAWN ALEXANDER, and the writer behind such hit shows as Wu-Tang: An American Saga, Marvel's Runaways, and Starz's American Gods--RODNEY BARNES. When a small town beat cop comes home to bury his murdered father-the revered Philadelphia detective James Sangster Sr.-he begins to unravel a mystery that leads him down a path of horrors and shakes his beliefs to their core. The city that was once the symbol of liberty and freedom has fallen prey to corruption, poverty, unemployment, brutality...
...and vampires. But the mystery goes even further when Jimmy's investigation leads him to uncover the source of the outbreak is long-thought dead President of the United States John Adams--a man secretly biding his time as he builds an undead army to start a new and bloodier American revolution. There's a reason they coin a phrase, "you can't go home." Welcome to Killadelphia. Collects KILLADELPHIA #1-6