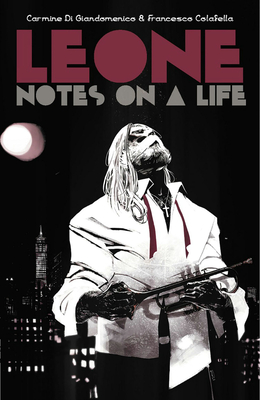 Notes on a Life

Leone arrived to the States from Southern Italy on a boat, a story common to many. Once in New York, he worked on construction sites of skyscrapers and buildings, filling his days with effort and music. Called to arms by his country he goes back home, leaving the life that he built for himself in the States, lovers and friends, to fight the war - and save many lives.
The life of Leone contains so many stories: the stories of all those who left home but never forgot their origins, and who spread courage and love in the world before going back home. Leone is a symbol of courage and strength, an unstoppable force guided by just one need: to go back home. LEONE is a true story of an Italian man who migrated to the US to seek fortune, freedom and jazz. From the stage of his last concert in New York City before going back home, through the sound of his trumpet Leone tells us about his past and future, a tale made of jazz, memories and time leaps. An emotional trip by superstar artist Carmine Di Giandomenico (The Flash, Daredevil: Battlin' Jack Murdock) and the talented Francesco Colafella. Immigration seen from the eyes of who's leaving home, a common theme to men and women all over the world.