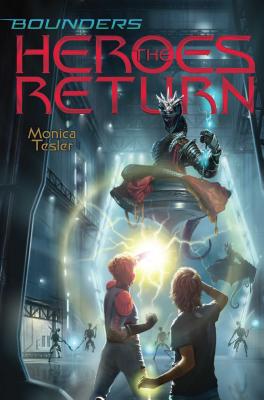 Jasper and Mira must escape the rift and deliver the Youli’s message to Earth Force before it’s too late in this action-packed fourth novel in what Shannon Messenger calls the “richly detailed, highly imaginative” Bounders series!

After escaping the Youli’s attack on Alkalinia, Jasper and Mira find themselves trapped with the lost aeronauts in the rift, a rip in space where time moves differently. For every minute they spend in the rift, they are losing days back home.

Just when Jasper fears they’ll be stuck in limbo forever, the most unlikely ally shows up: the Youli.

The Youli promise to rescue everyone in the rift, but their help comes at a price. First, Jasper must tell Earth Force that the Youli want peace. And second, Mira can’t return with Jasper. She has to leave with the Youli.

Back home, almost a year has passed. The Youli war is public, Bounders are in space full-time, and Jasper’s pod is divided. Cole and Lucy have been promoted. Marco and Addy are missing.

Jasper delivers the Youli’s message, but the admiral isn’t interested in peace talks. Instead, she sends Jasper and the aeronauts on a publicity tour of Earth to build support for the war. At first, Jasper revels in the spotlight. But it soon becomes clear that if Jasper doesn’t convince Earth Force to stop fighting—and soon—there won’t be an Earth left to fight for, and he may never see Mira again.

Monica Tesler lives south of Boston with her husband and two boys. She earned her undergraduate and law degrees from the University of Michigan. She writes on the commuter boat, in coffee shops, and at her kitchen table. She tries to meditate every day but often ends up fantasizing about space, time travel, or strange lands, both real and imagined.
Loading...
or
Not Currently Available for Direct Purchase