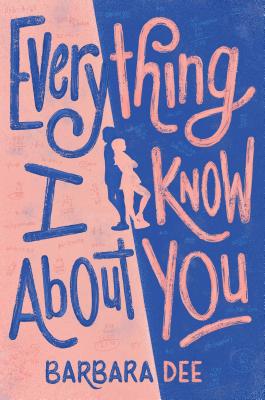 Everything I Know About You

Misfit Tally is forced to room with queen bee Ava on the seventh grade field trip to Washington, DC, and discovers several surprising things about her roommate—including the possibility of an eating disorder—in this timely new novel from the author of Star-Crossed and Halfway Normal.

During a class trip to DC, twelve-year-old Tally and her best friends, Sonnet and Caleb (a.k.a. Spider) are less than thrilled when they are assigned roommates and are paired with kids who are essentially their sworn enemies. For Tally, rooming with “clonegirl” Ava Seely feels like punishment, rather than potential for fun.

But the trip is full of surprises. Despite a pact to stick together as much as they can, Sonnet pulls away, and spider befriends Marco, the boy who tormented him last year. And Marco just might “like” Tally—what’s that about?

But the uneasy peace in Ava and Tally’s room is quickly upended when Tally begins to suspect something is off about Ava. She has a weird notebook full of random numbers, and doesn’t seem to eat anything during meals. When Tally confronts Ava, Ava threatens to share an embarrassing picture of Tally with the class if Tally says anything to anyone about her suspicions. But will Tally endanger more than her pride by keeping her secret?

Praise For Everything I Know About You…

It's time for the seventh-grade trip to Washington, D.C.! In an effort to promote "class unity," the optimistic (clueless?) teachers have determined the rooming assignments, and Tally Martin isn't looking forward to three nights with her enemy, the perfect, popular Ava Seeley. Tally's also angry on behalf of her two best friends, who are also in less-than-ideal rooming situations with their respective former bullies. Well-meaning Tally wants to protect Sonnet and Spider from their tormentors. However, the boisterous, eclectically dressed Tally, who has always been her friends' protector, must face the fact that she must let them fight their own battles or risk losing them. But when she discovers that Ava has become "emaciated," skips meals, and exercises obsessively, she must decide if this is a situation she should put her nose in. Flippant and outgoing Tally is "tan," adopted, and bigger than her classmates—not just taller, but she also has a "squishy belly" and a "big butt" she loves; she sees her fatness as a biological inheritance, just one part of who she is. Her passionate impulse to protect her friends is immediately sympathetic, as is her growing understanding of both herself and her classmates. Diversity among Tally's classmates is implied by naming convention (Sonnet has a Japanese surname, for example) and occasionally called out. Others, including Spider, are white by default. A poignant and often hilarious slice of middle-grade life. (eating disorder resources) (Fiction. 10-14)
— Kirkus

Seventh grader Tally Martin has a strong sense of self and celebrates what makes her unique. She is adopted and has close relationships with her supportive family; she describes herself as large and shows great confidence and body positivity; she has a quirky fashion sense and doesn’t much care what others think of her—especially the “clonegirls” at school. Unfortunately, Tally is stuck rooming with head “clonegirl” Ava during a field trip to Washington, D.C. Determined to use the trip as an opportunity to learn more about Ava, Tally soon begins to notice some worrisome behaviors indicative of an eating disorder. Unsure of the best way to help Ava, Tally struggles with whether to tell someone what’s going on, especially when Ava threatens to post an embarrassing photo of Tally online if she doesn’t keep Ava’s secrets. Eventually, Tally comes forward with what she knows, and Ava begins treatment for anorexia. Dee’s acknowledgments briefly touch on her own personal experience with disordered eating, and back matter includes additional resources for those seeking help or further information. Though other characters lack the same dimension, Tally is a refreshing middle grade character who is never defined unilaterally. Her efforts to navigate the complexities of adolescent friendships and ever-evolving social circles will resonate with readers. Ava’s struggle with anorexia is portrayed with care and makes an important subject accessible for a younger audience. VERDICT While perhaps tied up a little too neatly, the author succeeds in weaving together threads of self-acceptance, individuality, what it means to be a friend, and even responsible Internet use. A strong addition to library collections.
— School Library Journal

Seventh grader Tally is many things: fiercely protective of her best friends, Spider and Sonnet; adopted (and proud of it); outspoken; confident; and very good at math. One thing she’s not is a “clonegirl,” like her nemesis, Ava, whose look comes straight from a fashion magazine. Instead, Tally dons funky glasses and outsize jewelry to show that she is an individual, not part of the pack. When their class goes to Washington, D.C., Tally is dismayed to learn that her roommate is Ava; Spider’s is Marco, the boy who bullied him last year; and Sonnet’s with Haley, one of the clonegirls. Tally vows to stick with her friends and protect them both from potential teasing, but once in D.C., things shift, leaving Tally unsure of her role for the first time and forcing her to reconsider Ava. Dee (Star-Crossed) sensitively portrays Tally’s fears about being left behind as friends change, as well as the signs and impact of the anorexia Ava is hiding. Readers will root for big-hearted Tally, whose willingness to speak her truth makes for honest and engaging narration.
— Publishers Weekly

Seventh-grader Tally has an eccentric fashion sense and a disdain for what she calls “clonegirls”; she’s content to hang out with her two best friends Sonnet and Spider, both of whom she feels she’s rescued. She’s outraged when her teachers make roommate assignments for a field trip that will separate the friends and leave Spider with some long-ago bullies, even though Spider himself thinks she’s not allowing for the possibility that the kids have changed. While it is predictable that Tally is in for an attitude-adjusting lesson or two, the didacticism is tempered by Tally’s lively and often humorous voice and the fact that she has as much to learn about her own flaws as she does about compassion for others. Sonnet and Spider confront her with their need for space away from her cloying protection, and Ava, her roommate, suggests that Tally’s fashion statements are more camouflage than breezy flair, forcing Tally to realize that she is being meaner toward the clonegirls than they are to her. More importantly, she is faced with an ethical dilemma when she realizes that Ava has an eating disorder—tell someone and risk Ava’s wrath in the form of public humiliation, or keep it to herself and risk Ava’s health? Tally is a proudly tall, independent protagonist who nonetheless has to learn that she is still somewhat responsible for other people’s perceptions of her and that she needs to make some adjustments to allow other people, as well as herself, space to change and grow.
— BCCB

Worst. Class. Trip. Ever. At least, that’s what Tally thinks as she boards a bus for her seventh-grade trip to Washington, D.C., since she’s forced to room with her nemesis, Ava Seely. They are complete opposites: Tally is tall, big, self-assured, and dresses creatively, while Ava is petite, perfectly groomed, and, as Tally discovers, tightly wound. Furthermore, her best friends, Sonnet and Spider (real name Caleb), are also rooming with “enemies,” but, to Tally’s surprise, they seem to like their roommates. Then Tally starts warming up to Ava, discovering an unsettling secret: Ava is anorexic. Ava doesn’t want Tally’s help, even threatening to share a terrible picture of her with the class if Tally tells anyone. Tally is torn between getting help for Ava and self-preservation, and she wonders whether it’s any of her business anyway. Tally’s transformation and insights in her first-person narrative ring true, as does the rest of the novel: she’s surrounded with complex, interesting characters in a realistic plot that nicely captures middle-school experiences and friendships. — Donna Scanlon
— Booklist

Barbara Dee is the author of twelve middle grade novels including Violets Are Blue, Haven Jacobs Saves the Planet, My Life in the Fish Tank, Maybe He Just Likes You, Everything I Know About You, Halfway Normal, and Star-Crossed. Her books have earned several starred reviews and have been named to many best-of lists, including The Washington Post’s Best Children’s Books, the ALA Notable Children’s Books, the ALA Rise: A Feminist Book Project List, the NCSS-CBC Notable Social Studies Trade Books for Young People, and the ALA Rainbow List Top Ten. Barbara lives with her family, including a naughty cat named Luna and a sweet rescue hound named Ripley, in Westchester County, New York.
Loading...
or support indie stores by buying on