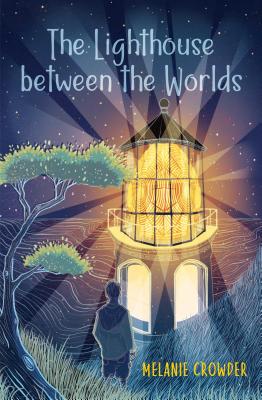 The Lighthouse between the Worlds (Lighthouse Keepers)

Griffin must traverse dangerous new worlds if he hopes to save his father from a peril that threatens all of humanity in this fantastical new novel from the acclaimed author of A Nearer Moon.

Griffin and his father tend to their lighthouse on the craggy coast of Oregon with the same careful routine each day. There are hardly ever any visitors, but they like it that way. Which is why, when a group of oddly dressed strangers suddenly appears, Griffin begins to see just how many secrets his father has been keeping. He never imagined that his lighthouse contains a portal to strange and dangerous worlds, or that a Society of Lighthouse Keepers exists to protect the Earth from a fearsome enemy invasion.

But then Griffin’s dad is pulled through the lens of the lighthouse into one of those other worlds. With his father gone, nobody from the Society is giving Griffin any answers, so he’s on his own. Armed only with a book of mysterious notes from his parents, Griffin is determined to find his dad, no matter what dangers lurk on the other side of the portal.

Praise For The Lighthouse between the Worlds (Lighthouse Keepers)…

“The smooth third-person narration moves back and forth between Griffin and Fi. They are both resilient, self-reliant, and determined; readers will cheer them on until the end. Action is well-paced, making for a fast read that ends too soon. . . . The cliffhanger ending leaves the portal open for a sequel; with luck, readers won't have to wait long for Book 2.”
— Kirkus Reviews

“Each world is distinctly magical—including one with literal dream clouds, one where flora and humans are deeply interwoven, one with the unique ability to create glass wonders—and Crowder uses vivid sensory descriptions as well as striking metaphors to make the worlds come alive in novel ways.”
— BCCB

"Readers fascinated by the idea of other worlds will be hooked by this adventure, which, complete with a missing scientist parent, is similar to A Wrinkle in Time. . . . With sharp world building and constant action, Crowder has wrought an auspicious start to what will clearly be a fascinating series."
— Booklist

Melanie Crowder lives on the Colorado Front Range, where she is a writer and educator. She holds an MFA in writing from Vermont College of Fine Arts. She is the author of the middle grade novels Parched, A Nearer Moon, and the Lighthouse Keepers series and the young adult novels Audacity and An Uninterrupted View of the Sky. Visit her at MelanieCrowder.com.
Loading...
or
Not Currently Available for Direct Purchase