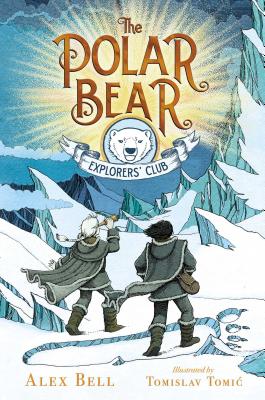 A precocious young girl is determined to prove herself as an explorer in the first novel in the whimsical Polar Bear Explorers’ Club series.

Stella Starflake Pearl knows, without a doubt, that she was born to be an adventurer. It’s too bad girls are forbidden from becoming explorers.

But Stella’s father has never been one to play by the rules.

Leaving behind her pet polar bear, Gruff, and beloved unicorn, Magic, Stella and Felix set off on an expedition to the snowy Icelands. There, Stella plans to prove herself as a junior explorer, worthy of membership in the Polar Bear Explorers’ Club. So when Stella and three other junior explorers are separated from the rest of their expedition, she has the perfect opportunity. Can they explore the frozen wilderness and live to tell the tale?

Tomislav Tomic graduated from the Academy of Fine Arts in Zagreb, Croatia. He started publishing his illustrations during his college days, and since then has illustrated a great number of books, picture books, school books, and many covers for children’s books. He lives and works in Zaprešic, Croatia.
or support indie stores by buying on
Copyright © 2020 American Booksellers Association