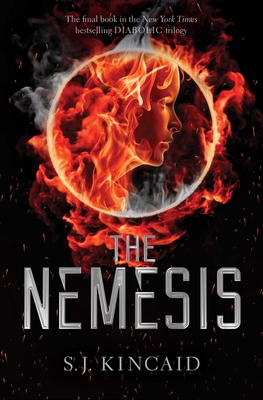 The Nemesis (The Diabolic #3)

In the heart-pounding conclusion to the New York Times bestselling Diabolic series, the Empire teeters on the edge of destruction as rumors spread that Nemesis is still alive.

Three years ago, Tyrus Domitrian shocked the galaxy by killing the woman he swore to love forever. The woman for whom he upended the Empire. The woman with whom he wanted to build a new and brighter future.

Now, the once-idealistic heir apparent has become the cruel Emperor Tyrus, wielding his authority with an iron fist, capable of destroying planets with a single word, controlling all technology with a simple thought. He has bent the Grandiloquy to their knees, and none has the power to stand against him.

Praise For The Nemesis (The Diabolic #3)…

"The intrigue- and betrayal-packed plot never feels like twists for the sake of twists because character decisions are rooted in their complex, often contradictory, emotions. Nuanced social commentary and philosophical musings give thematic weight to a story grounded in a passionate, tragically antagonistic relationship...intense and captivating; a pitch-perfect ending for a strong trilogy." - Kirkus Reviews

"The riveting conclusion to “The Diabolic” trilogy is action-packed and full of twists and turns. Kincaid continues to build a world blending the political intrigue of ancient Roman history with futuristic space, science, and technology. The characters are well developed, and even the most villainous are engaging and sympathetic...an excellent conclusion to The Diabolic series." - School Library Journal