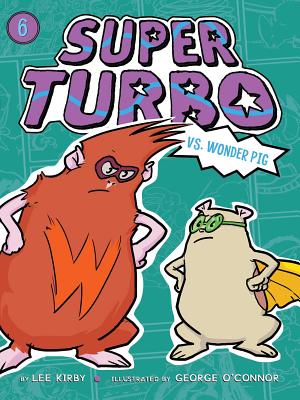 Super Turbo begins to suspect that Wonder Pig may not be so wonderful in the sixth Super Turbo book!

When Wonder Pig starts to act strange, Super Turbo gets suspicious. Is it possible that the superhero guniea pig is actually working undercover for the evil rat Whiskerface?