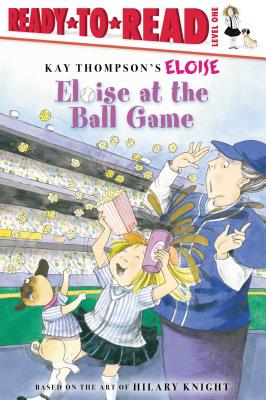 Eloise at the Ball Game

Eloise goes to a baseball game in this hilarious Level 1 Ready-to-Read that’s perfect for emerging readers!

What better way for Eloise and Nanny to enjoy a perfect summer day than by going to a baseball game?