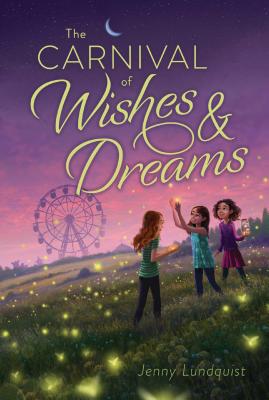 The Carnival of Wishes & Dreams

In the tradition of Wishtree and You May Already Be a Winner, this hopeful middle grade novel tells the story of three former friends who must come together at their annual town carnival to heal and reconnect after a tragedy.

The small town of Clarkville has seen better days. Ever since the Cohen factory burned down a few years ago, jobs are scarce and unemployment is high. But each year for one night the Carnival of Wishes and Dreams comes to town and everyone gets to indulge in a little wonder and delight. And for three girls who each receive notes asking them to meet the anonymous sender at midnight at the Ferris Wheel, it’s an evening that promises to be truly magical.

Audrey McKinley can’t believe someone would ask her to ride the Ferris Wheel. Everyone in town knows she’s afraid of heights; the last time she rode the Ferris Wheel it ended with her having a panic attack. But ever since her dad lost his job after the Cohen factory burned down he’s been working too little. The carnival gives him a chance for some seasonal work, and she plans to spend the evening checking up on him and making sure he does his job. Maybe she’ll face her fears tonight, after all.

Harlow Cohen is surprised anyone would want to ride the Ferris Wheel with her. Harlow used to be popular. But ever since her grandparents’ old factory burned down and so many people lost their jobs, many of the kids at school blame her—and her rich family—for their own parents’ worsening economic situations. Harlow can never resist a dare, but when a note arrives asking her to meet an anonymous person at the Ferris Wheel at midnight, she’s far from certain it will be a friend waiting for her.

Can these three girls put their differences aside long enough for their wishes to come true? And is it possible to save a friendship that once seemed lost for good?

Jenny Lundquist is the author of The Charming Life of Izzy Malone, Seeing Cinderella, and Plastic Polly. She grew up in Huntington Beach, California, and earned a degree in Intercultural Studies at Biola University. Jenny has painted an orphanage in Mexico, taught English at a university in Russia, and hopes one day to write a book at a café in Paris. Jenny and her husband live in northern California with their two sons and Rambo, the world’s whiniest cat.
Loading...
or
Not Currently Available for Direct Purchase