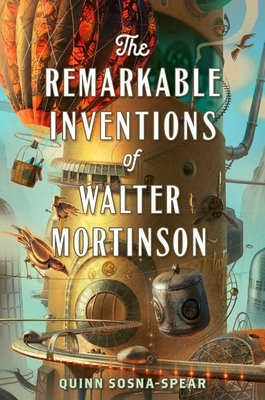 “Contains elements of Oz and Harry Potter with a healthy dollop of Willy Wonka thrown into the mix.” —Kirkus Reviews

This is a charming tale with a witty tone . . . the perfect read aloud for 4th-6th grade classes.
— School Library Connection *Recommended*

All readers with a heart for adventure will appreciate this quirkily told tale.
— BCCB

Quinn Sosna-Spear was named a California Young Playwright at seventeen and went on to study at the University of Southern California. She has since written books, films, and comics. Her novels are inspired by her childhood and the untimely death of her own mother. Quinn hopes to share with all readers—particularly those struggling with loss—the humor, poignancy, and adventure in such things…as dreary and impossible as they may seem.
Loading...
or support indie stores by buying on
(This book is on backorder)