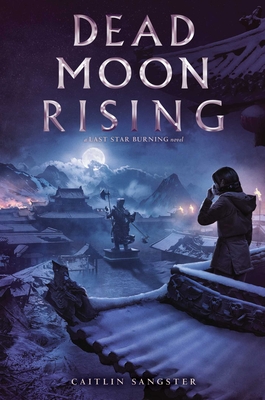 Sev must decode her mother’s last words to find the cure to Sleeping Sickness before Dr. Yang can use it to blackmail the world into submitting to his rule in this thrilling finale to the Last Star Burning trilogy.

Sev finally knows where to find the cure to Sleeping Sickness. The only problem is that she’s trapped in an endless sleep herself after refusing to give up her secrets to Dr. Yang.

Howl is determined to save Sev, but he has no idea where Dr. Yang is keeping her. When he runs into a group fleeing Port North on a mission of their own, he has no choice but to follow and hope they can get him back to the mountains before it’s too late.

June, infected with SS by the very people she calls family, has now become the one thing she most fears. She’s supposed to be Port North’s insurance that Howl and Sev return with the cure, but June has other ideas.

And Tai-ge, reunited with the Reds, is airlifted to the City now overrun by SS. He’s charged with getting the factories running again by any means necessary—no matter how many Sephs stand in his way.

There’s only one thing strong enough to unite people who have been fighting for years, and Sev holds the key to it inside her mind. If she can’t reach the cure in time, there may not be anyone left to save.

Caitlin Sangster is the author of the Last Star Burning trilogy and the founder and cohost of the Lit Service podcast. She grew up in the backwoods of Northern California, has lived in China, Taiwan, Utah, and Montana and can often be found dragging her poor husband and four children onto hikes that feature far too many bears. You can find her online at CaitlinSangster.com.
Loading...
or support indie stores by buying on