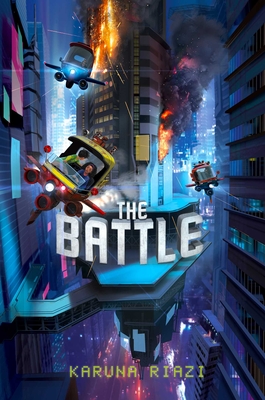 "Fantasy featuring people of color is sorely needed, and while this adventurous sequel could be read on its own, it’s recommended to buy both novels for kids who love action-packed science fiction."
— School Library Journal

Karuna Riazi is a born and raised New Yorker, with a loving, large extended family and the rather trying experience of being the eldest sibling in her particular clan. Besides pursuing a BA in English literature from Hofstra University, she is an online diversity advocate, blogger, and publishing intern. Karuna is fond of tea, baking new delectable treats for friends and family to relish, Korean dramas, and writing about tough girls forging their own paths toward their destinies. She is the author of The Gauntlet and The Battle.
Loading...
or
Not Currently Available for Direct Purchase