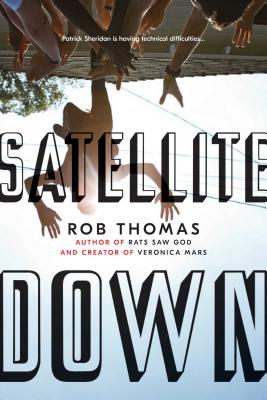 Rob Thomas, creator of Veronica Mars and author of Rats Saw God, delivers a poignant tale of a young man caught in the crossroads of growing up with nowhere to go but forward.

Determined to pursue his dreams of becoming a reporter, Patrick Sheridan leaves his deeply religious family behind in his small Texas town for a job on a teen news show in Los Angeles. Before he knows it, he’s mingling with the rich and famous, lying to his parents, and cheating on his girlfriend, who’s waiting for him back home.

While on assignment across the pond in Ireland, he learns that it was his pretty face—not his talent—that landed him the job in the first place. Devastated and at a loss of what to do, Patrick runs. He knows it’s up to him to pick up the shattered pieces of his life, but what do you do when everything you thought you knew turns out to be wrong?

Rob Thomas is the creator and executive producer of the television series Veronica Mars. He is also a cocreator and executive producer of the cable television series Party Down. In addition to his television work, Thomas is the author of several young adult books including Rats Saw God, Slave Day, Satellite Down, and Doing Time: Notes From the Undergrad. He lives in Austin, Texas, with his wife Katie, daughter Greta, and son Hank. Visit him at SlaveRats.com.
Loading...
or
Not Currently Available for Direct Purchase