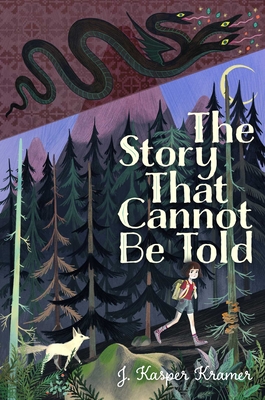 The Story That Cannot Be Told

* “An engrossing read that will raise questions about how to determine the truth of past events.”
— School Library Journal, STARRED Review

“Kramer captures the tense, frightening atmosphere in the months preceding the Romanian Revolution, as well as the different forms of bravery that went into toppling an oppressive government. . . . An affecting account of a historic event characterized by monsters, hope, and the power of words.”
— Booklist

J. Kasper Kramer is the author of the acclaimed novel The Story That Cannot Be Told as well as The List of Unspeakable Fears. She’s an author and English professor in Chattanooga, Tennessee. She has a master’s degree in creative writing and once upon a time lived in Japan, where she taught at an international school. When she’s not curled up with a book, Kramer loves researching lost fairy tales, playing video games, and fostering kittens. Visit her at JKasperKramer.com.
Loading...
or
Not Currently Available for Direct Purchase