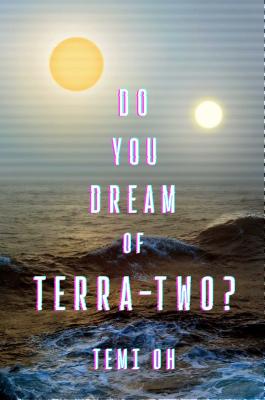 Do You Dream of Terra-Two?

When an Earth-like planet is discovered, a team of six teens, along with three veteran astronauts, embark on a twenty-year trip to set up a planet for human colonization—but find that space is more deadly than they ever could have imagined.

Have you ever hoped you could leave everything behind?
Have you ever dreamt of a better world?
Can a dream sustain a lifetime?

A century ago, an astronomer discovered an Earth-like planet orbiting a nearby star. She predicted that one day humans would travel there to build a utopia. Today, ten astronauts are leaving everything behind to find it. Four are veterans of the twentieth century’s space-race.

And six are teenagers who’ve trained for this mission most of their lives.

And something always goes wrong.

Temi Oh graduated from King’s College London in 2015 with a BSci in Neuroscience. While at KCL, Temi founded and ran a book-club called “Neuroscience-fiction”, where she led discussions about science-fiction books which focus on the brain. In 2016, she received an MA in Creative Writing from the University of Edinburgh.
Loading...
or support indie stores by buying on