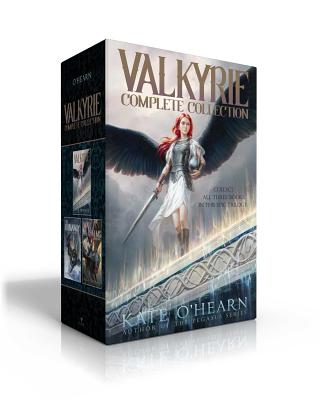 Valkyrie; The Runaway; War of the Realms

In the world of Asgard, living among Odin, Thor, and Loki, are the Valkyries of legend. They are Norse goddesses who reap the fallen souls from human battlefields and have the power to cause death with just one touch. Join Freya and the Valkyries on their adventures! This action-packed boxed set includes paperback editions of Valkyrie, The Runaway, and War of the Realms.