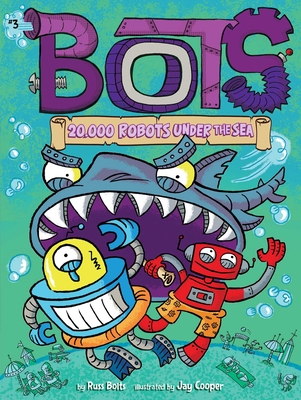 Joe and Rob visit an underwater beach in this third adventure in the hilarious Bots chapter book series!

In this story, Joe and Rob are taking a beach vacation with one tiny twist. The robot beach is located at the bottom of the ocean! Come along as Earth’s favorite bots stumble onto an underwater wreck, a treasure map, and one really friendly robo-shark who won’t leave Joe and Rob alone.

Jay Cooper has worked as a creative director and designer of magazines, books, and apparel. However, nothing makes him happier than creating and illustrating stories for kids. He lives with his wife and children in Maplewood, New Jersey.
Loading...
or support indie stores by buying on