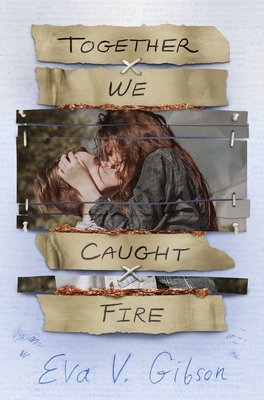 Together We Caught Fire

“With prose so striking that each dangerous, delectable sentence feels like a treat, TOGETHER WE CAUGHT FIRE is a book that doesn’t hold back. Even when the characters travel to their darkest places, there is an undeniable spark of light, of hope, at the center. I loved this gritty, bold debut.”
— Rachel Lynn Solomon, author of You'll Miss Me When I'm Gone and Today, Tonight, Tomorrow

“Gibson’s debut novel is stunning in its total honesty…Fans of Kathleen Glasgow and Nina LaCour will appreciate this sometimes lyrical, sometimes brutal, always unflinching portrayal of a girl struggling with her past in order to find her future.”—School Library Journal Online

Eva V. Gibson was born in Virginia and grew up on the east coast of Florida, reading and writing stories deemed “too much” for her age level. She graduated with degrees in journalism and English, then spent her post-college years immersed in Asheville’s art and music scene, writing for newspapers and working on the bead and jewelry circuit. She now lives the small-town life with her family, dividing her spare time between crochet projects, hiking, sporadic yoga practice, and an ever-growing stack of books she will definitely finish reading someday.
Loading...
or
Not Currently Available for Direct Purchase