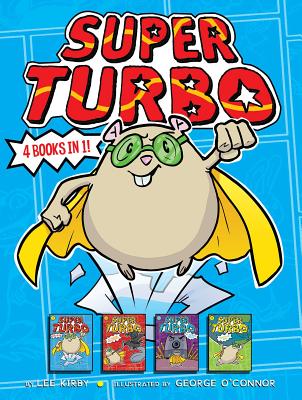 Meet the Superpet Superhero League in this awesome bind-up of the first four Super Turbo books!

Join Super Turbo as he meets the rest of the class pets and they form the Superpet Superhero League. Together the pets battle some flying ninja squirrels who turn out not to be so evil, face off against the Pencil Pointer, and then protect the school—and the world—from the evil rat Whiskerface!