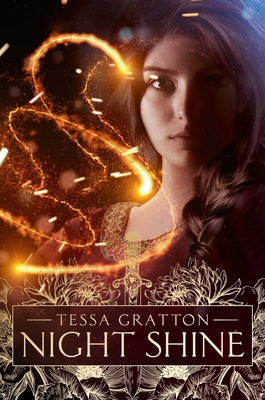 An orphan girl must face untold danger and an ancient evil to save her kingdom’s prince in this “dark, sensuous…queer and lush” (Kirkus Reviews) fantasy perfect for fans of Girls of Paper and Fire and Tess of the Road.

How can you live without your heart?

In the vast palace of the empress lives an orphan girl called Nothing. She slips within the shadows of the Court, unseen except by the Great Demon of the palace and her true friend, Prince Kirin, heir to the throne. When Kirin is kidnapped, only Nothing and the prince’s bodyguard suspect that Kirin may have been taken by the Sorceress Who Eats Girls, a powerful woman who has plagued the land for decades. The sorceress has never bothered with boys before, but Nothing has uncovered many secrets in her sixteen years in the palace, including a few about the prince.

As the empress’s army searches fruitlessly, Nothing and the bodyguard set out on a rescue mission, through demon-filled rain forests and past crossroads guarded by spirits. Their journey takes them to the gates of the Fifth Mountain, where the sorceress wields her power. There, Nothing discovers that all magic is a bargain, and she may be more powerful than she ever imagined. But the price the Sorceress demands for Kirin may very well cost Nothing her heart.

"Dedicated to gender-fluid teens, this edgy, riveting fantasy of bone-deep love, acceptance, and betrayal will speak to all readers. What starts out as a classic heroic quest slowly evolves, then turns inside out and back again. Written in almost poetic language, both story and characters grow from earnest naivety to fascinating, sensual, and extraordinary....Perfect for fans  of Leigh Bardugo, Holly Black, and Tomi Adeyemi."

"With delicious prose, Gratton crafts an extended fable that is deeply romantic on multiple levels. Queer readers, especially those who are nonbinary or gender-fluid, may see themselves in the pages of this fantasy, a genre that so often excludes them. A strange, dark gem."
— Booklist

“If you want to know what happens if you put Ursula K. Le Guin, Spirited Away, and a bag of rainbows into a blender...Night Shine is it.”
— Adib Khorram, award-winning author of Darius the Great is Not Okay

Tessa Gratton is genderfluid and hangry. She is the author of The Queens of Innis Lear and Lady Hotspur, as well as several YA series and short stories which have been translated into twenty-two languages. Her most recent YA novels are Strange Grace and Night Shine, as well as the forthcoming Chaos and Flame. Though she has traveled all over the world, she currently lives alongside the Kansas prairie with her wife. Visit her at TessaGratton.com.
Loading...
or support indie stores by buying on