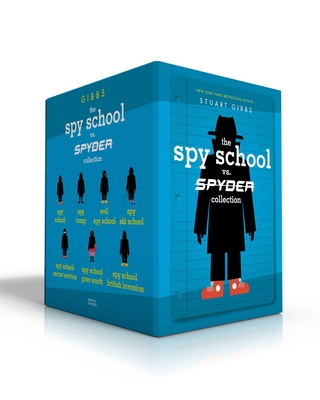 The Spy School vs. SPYDER Collection

The first seven books in the New York Times bestselling Spy School series by Stuart Gibbs are now available together in a collectible boxed set!

Stuart Gibbs is the author of the Charlie Thorne series and the New York Times bestselling FunJungle, Spy School, and Moon Base Alpha series. He has written the screenplays for movies like See Spot Run and Repli-Kate, worked on a whole bunch of animated films, and developed TV shows for Nickelodeon, Disney Channel, ABC, and Fox. Stuart lives with his family in Los Angeles. You can learn more about what he’s up to at StuartGibbs.com.
or support indie stores by buying on