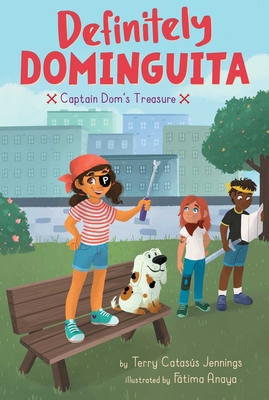 In this second book of the charming and heartfelt chapter series that is Judy Moody meets Netflix’s One Day at a Time, will Dominguita find that X marks the spot?

When Dominguita finds an old map in the back of an even older book in her beloved library, she is excited to see a telltale X marking an unknown place. Everyone knows that X marks the spot for treasure—and Dom knows that means a new adventure for her, Pancho, and Steph!

But everyone seems to think that the map, while fun, probably isn’t real. Dom is determined to prove them wrong. And as the trio starts to uncover the mystery of the map, they realize that it has closer ties to the community they love than they could have imagined.