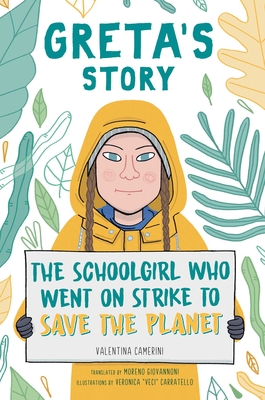 The inspiring true story of a Greta Thunberg, a young eco-activist whose persistence sparked a global movement.

Greta’s solo protest grew into the global Fridays for Future—or School Strike 4 Climate—movement, which millions have now joined. She has spoken at multiple international climate summits, was nominated for the Nobel Peace Prize, and was chosen as Time’s 2019 Person of the Year. This timely, unofficial biography is her story, but also that of many others around the world willing to fight against the indifference of the powerful for a better future.

Veronica “Veci” Carratello is a freelance comics artist, author, and illustrator based in Italy. She graduated from art school in Novara and later earned a comics certificate at the International School of Comics in Turin. Carratello works on illustrations for children’s books, magazines, and comics and teaches graphic novel studies at the Academy of Fine Arts and Media in Novara. Her books have been published around the world.
Loading...
or support indie stores by buying on
(This book is on backorder)