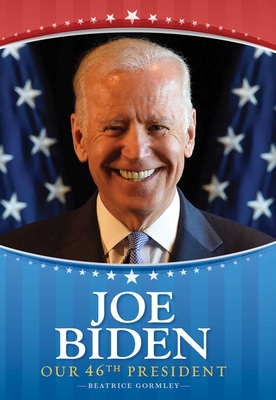 A biography of Joe Biden, the 46th President of the United States​: from childhood through the Senate to his election as vice president and, in 2020, as president.

The road to the presidency of the United States was a long—and determined—one for Joseph Robinette Biden, Jr. From Joe’s childhood in Scranton, Pennsylvania, and Wilmington, Delaware, his close-knit, devoted family gave him the foundation that would guide him through life. His family’s unwavering support bolstered Joe when he was bullied for stuttering, attended law school, and became a public defender.

They encouraged Joe when he pursued a career in politics and became the sixth youngest senator in US history. They consoled him when he suffered the devastating loss of his first wife and baby daughter and years later the death of his eldest son, Beau. And they cheered Joe when he served two vice presidential terms with President Barrack Obama.

After a lifetime marked by perseverance, integrity, and accomplishment, Joe Biden and running mate, Kamala Harris, won the 2020 presidential election. And standing by his side each and every step of the way was his wife Jill, his children, and his grandchildren—his family.

Beatrice Gormley has written a number of books for young readers, including several titles in the History’s All-Stars series, as well as biographies of Barack Obama, George W. Bush, Laura Bush, and John McCain. She lives in Westport, Massachusetts.
Loading...
or support indie stores by buying on