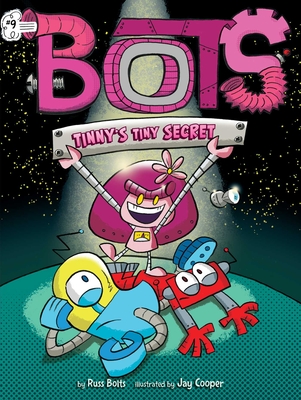 Joe and Rob are sent to Bot School Jail for a prank they didn’t commit. Now it’s up to Tinny to save them in this ninth adventure in the hilarious Bots chapter book series.

When Joe and Rob are found guilty of Bot School hijinks, they are sent to Bot School Jail. The only problem is, they are innocent and only Tinny has the key to their freedom. Will see she use it or throw away the key forever?