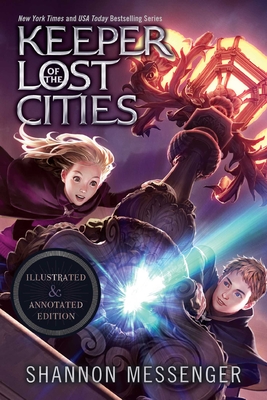 In this riveting series opener, a telepathic girl must figure out why she is the key to her brand-new world before the wrong person finds the answer first. This special edition contains beautiful black-and-white illustrations and commentary from Shannon Messenger!