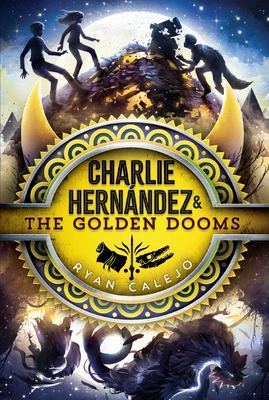 Inspired by Hispanic folklore, legends, and myths from the Iberian Peninsula and Central and South America, this third book in the Charlie Hernández series follows Charlie as he fights against an army of the dead.

After hitchhiking across Central and South America to rescue the Witch Queen and face off against La Mano Peluda, Charlie Hernández is pretty much grounded for life. But after all he’s been through, some quiet time at home with his parents might be nice. Though it would be better if he didn’t have to share his room with his obnoxiously perfect cousin Raúl, who’s staying with them.

But quiet is hard to come by when you’re the fifth and final morphling, and it’s not long before death walks back into Charlie’s life. Or at least, the dead do, starting with a mysterious young calaca who corners him at school, dropping cryptic hints about trouble brewing in the 305. With the League of Shadows focused on repairing fractured alliances and tracking gathering armies, this one’s up to Charlie to solve.

Following the clues only leads to more questions, and not even teenage investigative journalist extraordinaire Violet Rey can figure out how a sudden rooster infestation, earthquakes, missing persons, and a pet-napping gang of lizard-men—whom Charlie doesn’t recognize from any legend—are all connected. Most concerning of all is when they learn a map has been stolen that reveals the locations of the Golden Dooms, the twelve ancient calaca watchmen who form the magical barrier between the realms.

To stop the impending invasion, Charlie and Violet must outwit an ancient evil and unravel the most sinister of schemes. That is, unless they’d rather watch the Land of the Living get overrun by the dead.

A South Florida middle schooler faces monsters in his quest to save the Land of the Living from the Land of the Dead in this riveting latest series installment.... The quest takes him to real Miami sights, from a centuries-old Spanish monastery that doubles as a Witch Queen’s study to the Venetian Pool where reptilian heavies wait to attack. Charlie defeats magical enemies at every turn, all while charmingly balancing ordinary issues such as friction with his cousin and his first love. The plot thickens when deceptions and connections between all the mysteries are revealed. Clever, funny, and entertaining. —Kirkus Reviews