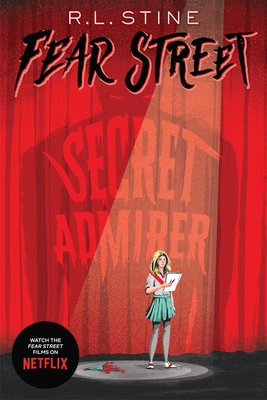 A young actress draws a sinister spotlight in this spooky installment in R.L. Stine’s bestselling Fear Street series—now with a fresh new look!

Selena has it all. She just scored the lead in her high school play, and everyone adores her. So when she starts receiving dead flowers from a secret “admirer” named The Sun, she just assumes it’s a harmless fan.

But Selena soon realizes that The Sun is serious...dead serious. First, her understudy is injured in a suspicious accident. Then, a speeding car almost kills her! Selena doesn’t know what this psycho wants. All she knows is that her number-one fan has become her number-one nightmare.

R.L. Stine invented the teen horror genre with Fear Street, the bestselling teen horror series of all time. He also changed the face of children’s publishing with the mega-successful Goosebumps series, which went on to become a worldwide multimedia phenomenon. Guinness World Records cites Stine as the most prolific author of children’s horror fiction novels. He lives in New York City with his wife, Jane, and their dog, Nadine.
Loading...
or support indie stores by buying on