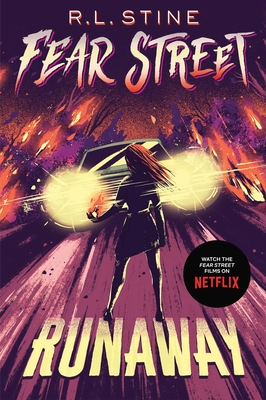 A runaway can’t outrun her troubles in this spine-tingling installment in R.L. Stine’s bestselling Fear Street series—now with a fresh new look!

Shadyside. It sounded like such a nice town, the perfect place for a runaway like Felicia. Nobody here would know about her dark powers. Nobody would know what she’s done. For once, she could be a normal girl. She could be safe.

But someone in Shadyside discovers Felicia’s secret. Someone finds out about the awful things her powers made her do. Felicia doesn’t want to run away again. But if she stays, she might lose control. And then people would start to die.

R.L. Stine invented the teen horror genre with Fear Street, the bestselling teen horror series of all time. He also changed the face of children’s publishing with the mega-successful Goosebumps series, which went on to become a worldwide multimedia phenomenon. Guinness World Records cites Stine as the most prolific author of children’s horror fiction novels. He lives in New York City with his wife, Jane, and their dog, Nadine.
Loading...
or support indie stores by buying on