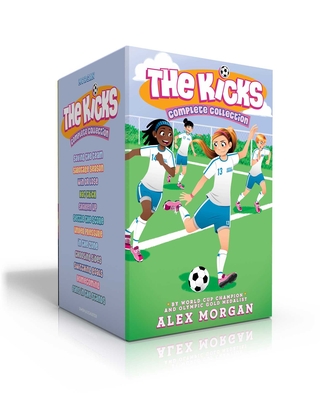 Saving the Team; Sabotage Season; Win or Lose; Hat Trick; Shaken Up; Settle the Score; Under Pressure; In the Zone; Choosing Sides; Switching Goals; Homecoming; Fans in the Stands

Twelve-year-old Devin loves to play soccer. Still, she expects stiff competition after moving to California. But when Devin shows up for tryouts, she discovers that the Kentville Kangaroos—otherwise known as the Kicks—are an absolute mess. Their coach couldn’t care less whether the girls win or lose. And Devin is easily one of the most talented players.

The good news is, Devin quickly makes friends with funny, outgoing Jessi; shy, but sweet, Zoe; and klutzy Emma. Can Devin and her newfound friends pull together and save the team from itself?

From new crushes to changing friendships to stiff competition on the field, the Kicks learn to believe in themselves and come together as a team.