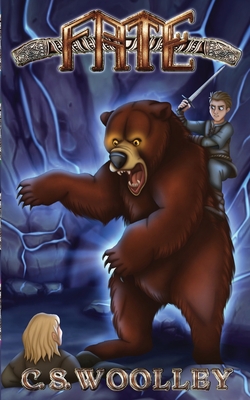 In a land of myths and legends, FATE always has the upper hand. Erland Kalebsen always dreamed of being a warrior, but now his dream is about to become a nightmare.

The sons and daughters of the last generation of warriors grew up on stories of honour, glory and daring. When a new girl arrives in Ribe, a prophecy, which is centuries old, begins to unfold.

When a girl from an across the sea arrives in Ribe, war is not far from the land. Yet hope is not lost, for the power of the arm rings can restore the balance and bring peace to all the tribes. Eight arm rings forged by the hand of Yngvar, filled with untold power. But if the hands of darkness hold them, the curse of Reinholdt will be unleashed and no power of man nor god can save the light of Midgard.

A beast will be their guardian, children they there will be, most warriors from the same land and one from far across the sea

An attack on the town by the warriors of Hedeby flings Erland, Christian, Dalla, Eva, Riki and Wifrith the wolf into an adventure that promises to change their lives forever.

Out in the wilds of the Danelands, there are more dangers to worry about than the warriors of Hedeby pursuing them at every turn. Mythical and magical beasts stalk the land, as do the v lvur, witches or staff wielders, with motivations of their own. Ambushed by their fireside, the children find themselves at the mercy of Ciara the v lva.

Can the adventurers escape the clutches of the witch, avoid the warriors of Hedeby, and find the arm ring of Yngvar that is hidden near the city of Lindholm, or are they doomed to fail, plunging their homeland into the unending fires of war.

For readers who like tales of wonder, Viking adventures, and fairy tales, FATE is a book that is not to be missed.

Buy FATE today and find yourself on your own Viking adventure.

The paperback books are specially formatted to help engage dyslexic and reluctant readers, making reading less of a chore and more of a joy.